The Chronicle
Home Blog How Technology is Simplifying & Personalizing Travel

Technology and travel go hand in hand. Millions of people who love travel use technology in their quest to explore exotic locales or visit well-travelled tourist destinations. The technology that makes travel easier and more enjoyable isn’t a new plane, train, ship, or car, rather its well-crafted apps that run on smartphones. Using such apps, tourists or visitors get the best deals at hotels and find the most affordable air or train tickets; however even these relatively new apps pale in comparison to others that promise a more enriching travel experience.

Get Off the Beaten Path

Thousands of Indians travel overseas every year to cities like Paris, New York, London, Bangkok, Dubai, Sydney, Amsterdam, and countless others. Increasingly many travellers are growing weary of visiting tried and tested destinations where they, and everyone else, do the same things. This is where new some innovative companies add value to tourists. A number of apps are less concerned with how travellers arrive at a destination or where they stay once they reach; rather these apps add value by making a travel experience totally unique and personalised.

Consider someone who enjoys birding. Such a person will likely have thousands of photos of birds carefully taken while on birding expeditions. On his next expedition, he wants to add to his growing collection photos of pintails and herons. Even though he knows these birds are most likely to be seen at Nal Sarovar Bird Sanctuary in Gujarat and Ranganathittu Bird Sanctuary in Karnataka, he’s not certain he’ll be able to add photos of these birds even if he travels there. There are apps available today that greatly increase the success rates of birding expeditions. Such apps give travellers updated information about the most recent sightings of birds and other wildlife. This means a traveler to Ranganathittu Bird Sanctuary, or to any other sanctuary, using the app, can see where a particular species of bird was spotted. This greatly increases their likelihood of seeing and successfully clicking a photograph of the particular species of bird.

Apps such as these aren’t restricted to providing information about birds, rather they’re updated with information about where all kinds of wildlife have been spotted. This increases the likelihood of seeing the Asian Golden Cat while traveling to Manas National Park or seeing any other shy animal in dozens of wildlife reserves across India or overseas.

The Magic behind Technology

The world is moving to a sharing based economy whose backbone is technology and people. Whether it is apps that let users live in stranger’s homes in an unfamiliar city or apps that allow users to let others know where they’re likely to spot an exotic species of bird; technology that allows people to share information and resources is making life more enjoyable and richer.

The global sharing based economy is backed by innovative companies, the unparalleled processing power of smartphones, advanced software, and high speed yet affordable internet. Those behind such technologies understand peoples need to make their vacations one of kind. By bringing together people and technology, creative individuals understood how to get the best out of both. The ultimate beneficiary is the tourist who wants to post pictures of him and his family in exotic locations doing things few others in his circle can imagine. 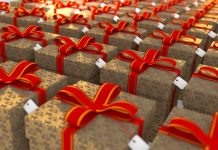 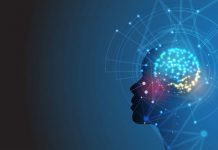 AI is Accelerating the Growth of FinTech Companies 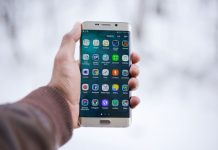 5 Ways You Could Monetize Your Mobile Apps