The Chronicle
Home Technology Things You Should Know About Graphics Cards

A GPU is a unique processor that is designed for processing graphics related data. The GPU calculates image structure and speeds up the rendering of 3D images.

The second part of a video card is video memory or VRAM (Video Random Access Memory). It stores the digital representation of the image, as well as the templates that are required for this. The larger the memory of a video card, the more pre-processed image components will fit. This is especially important with high resolutions.

Why & When You need a Graphics Card

Every computer needs a graphics memory. When you buy processor from AMD or Intel they already have installed inbuilt GPU. But Inbuilt GPU is not as powerful as a dedicated GPU. In this post, I will be talking more about why onboard GPU is not enough for gaming. This is when a dedicated graphics card comes. Without a good video card, you can’t play high-end video games. The better the video card, the better the graphics.

But apart from rendering 3D games, a video card is also increasingly used for other things. Consider, for example, internet browsing (with a view to browser acceleration), HD video playback (hardware decoding) and encoding videos. Most users only need a simple image display. A GPU with limited computing power is then more than sufficient. The newest CPU processors and motherboards often already have a built-in simple GPU (known as onboard GPU), so in such cases, you do not have to purchase a separate video card.

There are only two designers who make chips for the graphics card: AMD and NVIDIA. AMD is known for the Radeon video cards, and NVIDIA has made a name for itself with the Geforce video cards. These companies only make the GPU chips, which they then resell to various partners who make the final video cards with it using a variety of VRAM capacity.

Which GPU Should I Get?

Now the main question is which GPU should you get. If you want best performance then you should go for Nvidia Geforce RTX or GTX series. If you want to save money then you can pick AMD GPU. As of now RX 580 is one of the best budget GPUs. From Nvidia line up GTX series now outdated, that’s why you should get from RTX series. You can pick a best rtx 2070 super video card if are looking for a value for the money graphics card. If you are looking for a high-end card the rtx 2080 and rtx 2080 ti would be perfect for you.

Why is an onboard card not enough?

An onboard video card without its own memory is more than sufficient for most office applications. But if you want to play 3D games or edit videos, you better opt for a separate video card. A discrete video card is superior because it has its own dedicated memory and far superior processing power. Usually, they also have multiple connections such as HDMI, VGA, and D-Sub so you can connect an extra monitor or television. Graphics cards are not very expensive and make a useful addition to most computers. I hope you get what you should know about a graphics card before buying. 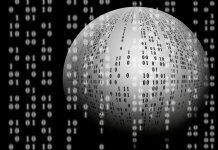 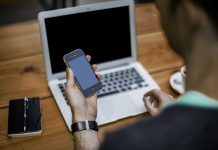